Kristen Heinbaugh, a high school friend of Erika Sifrit, reflects on the character of the person she used to know before the murders of Joshua Edward Ford and Martha Margene Crutchley. -Erika & BJ Sifrit, Killer Couples (January 30, 2019)

Full Episode: The couple spent Memorial Day weekend at the beach, and then they simply vanished. Their clothes and personal items were still in the rented condo, their car was parked outside, and there were no signs of forced entry or foul play. A week later, police would get an unexpected lead from a robbery in progress, and the evidence they found helped them to solve a crime of unparalleled violence and brutality. -Dirty Little Seacret, Forensic Files (S13, E46)

Airman First Class Kelsey Anderson was found dead of an apparent self-inflicted gunshot wound at Andersen Air Force Base in Guam on June 9, 2011. According to media reports, she was found in a locked stall in a second-floor women’s bathroom inside an aircraft maintenance hangar at the base. The military investigation indicated that a few months after Kelsey arrived at Guam, she was stripped of her service revolver over mental health concerns. Although Kelsey’s weapons privileges had been restored about a month prior to her death. The reports stated that Kelsey may have been unhappy after trying and failing to be transferred from Guam or released from military service. Kelsey’s parents had to file a lawsuit in U.S. District Court to get the Air Force to turn over its investigation records. They simply wanted answers for their daughter’s tragic and unexpected, untimely death yet the Air Force concealed the details. Chris and Adelia Sue Anderson received the mostly redacted investigation reports almost two years after their daughter’s death. The final court settlement with the Air Force in September 2013 was for the cost of the attorney they had to hire in their quest to get the information they were entitled to have. It’s unfortunate that this family had to wait two years for answers and even more unfortunate that they were forced to go to court during one of the most difficult times of their life.

What could have been done to prevent this? What kind of mental health services were offered to Kelsey? Why did Kelsey want to leave Guam and/or get out of the military? Why was she upset after finding out that she was not able to transfer or get out of the military? What were the extenuating circumstances that made Kelsey feel like she had no options other then suicide? Is this a suicide? After so many families have come forward with concerns that their loved one was murdered despite a ruling of suicide, do we know for sure that this was a suicide? It happened in Guam. There is absolutely no one to hold the Air Force accountable in that setting. There is no way to ensure that the Air Force investigated the scene as both a potential homicide or suicide. It’s as simple as what the Air Force says happens is what happened. Every government entity should have a mechanism by which they are held accountable. Where does a grieving parent turn to when they do not agree with the military investigator’s or medical examiner’s findings? Who holds the individual branches or Department of Defense accountable? The only body of people that can hold the military industrial complex accountable is the US Congress and even they struggle. Time and time again we hear accounts from service members and families that contacting their congressional Representative or Senator did not help. Some help, some don’t, and some never call you back. Every level of government should have accountability of some kind because this country was founded on the principles of checks and balances in our system.

In an interview the Andersons’ lawyer emphasized that the prolonged wait and anxiety of suing the federal government in a last-ditch effort for information intensified the couple’s pain after the loss of their daughter. He empathized as a father of three and shared that he could not imagine losing a child thousands of miles away and not knowing what happened to her. No parent should have to wait nearly two years before the government decides to produce the information they deserve to have.

The grieving parents of a 19-year-old Idaho woman who died serving her country thousands of miles from home say the U.S. Air Force won’t give them information about the circumstances of her death. -NewsMedia24 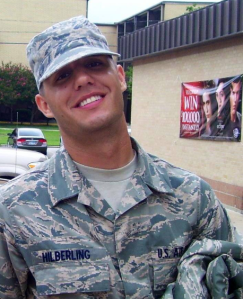 Air Force veteran Joshua Hilberling, 23, fell to his death from a 25th story window during an argument with his wife Amber on June 7, 2011 in Tulsa, Oklahoma. Amber was arrested and charged with murder after admitting to family on police video that she pushed and killed Josh. A couple week’s earlier, Joshua had filed for a protection from abuse order after a domestic violence incident and as evidenced by his packed bags, it appeared that he was leaving the couple’s shared residence the day that he died. Amber was charged with first degree murder but found guilty of second degree murder; she was sentenced to twenty-five years in prison. Dateline NBC covered the case and the public learned that Amber’s family believe she was wrongly convicted. As a result, Amber’s defense attorney filed an appeal but it was denied. On October 24, 2016, prison officials announced that Amber Hilberling died by suicide (hanging) in her cell. The estate of Amber Hilberling filed a wrongful death lawsuit against the Oklahoma Department of Corrections claiming they didn’t do enough to prevent the suicide, however in 2019 that lawsuit was dropped. In an interview with Corey Taylor, Amber’s mother said her daughter was innocent, Josh and Amber were co-combative and this was a terrible accident, and she believes her daughter was murdered in prison. 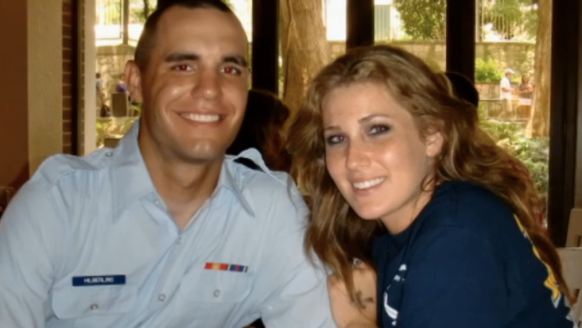 Amber Hilberling, the 19-year-old accused of pushing her husband out of a 25th story window, appeared in court Wednesday for a preliminary hearing. -KJRH -TV | Channel 2 (September 7, 2011)

A young pregnant newlywed is accused of pushing her husband out the window of their 25th floor condo, killing him. -HLN (August 22, 2012)

The Oklahoma Department of Corrections is investigating after they found Amber Hilberling dead in her prison cell this morning. -KJRH -TV | Channel 2 (October 25, 2016)

The estate of Amber Hilberling is dropping its lawsuit against the Oklahoma Department of Corrections. -News On 6/KOTV (April 17, 2019)

Parents of Amber Hilberling, who was recently found dead in her prison cell, recall what they claim was a struggle to get details about their daughter’s death. -Dr. Phil (November 14, 2016)

The mom of Amber Hilberling, who was recently found dead in her prison cell, describes her daughter’s demeanor in the days leading up to her death. -Dr. Phil (November 14, 2016)

Up Close with Corey Taylor:

This interview is with Rhonda Whitlock Amber Hilberling’s mother. In this video Rhonda exposes what she believe happened to her daughter even up to her death in prison. -Corey D Taylor (February 3, 2018)

The Lackland Air Force Base Basic Military Training instructor sex scandal in San Antonio, Texas was one of the biggest sex scandals in military history. In the end, 62 recruits were identified in the scandal and 35 basic military training personnel were courts martialed for alleged abuse of trainees or sex related offenses. The majority of the alleged abuse occurred between 2009 and 2011. SSgt Luis Walker and MSgt Michael Silva were the only instructors found guilty of rape and each was sentenced to twenty years in prison. Prior to their convictions, on January 23, 2013, the House Armed Services Committee conducted an investigation into the sexual assault misconduct at Lackland Air Force Base and heard from General Mark Welsh (Chief of Staff), General Edward Rice (AETC Commander), two retired USAF women, and Dr. David Lisak (a consultant hired by General Welsh). This was also the same day that then Secretary of Defense Leon Panetta announced the military was lifting the ban on women in combat. As a result of this announcement, the media’s focus was distracted from the hearing on sexual assault in the military to the celebration of equality for women in the military.

No substantial legislation was enacted to address the successful prosecution of and prevention of these alleged abuses of power. The military officer’s authority to choose whether to investigate and prosecute felony crimes and how continues to go unchecked. Legislation introduced in May 2013 would have helped provide due process to both the accused and accuser by giving a military prosecutor the authority to move forward with a case. Unfortunately this legislation has been blocked by the Senate, primarily led by Senator Claire McCaskill, since 2013 until present. Whistleblowers have since disclosed that the Air Force investigations at Lackland trampled on due process rights. And individuals were railroaded with collateral charges which forced them to take plea deals to avoid excessive punishments. The Air Force is being accused of going on a “witch hunt” after being politically motivated to clean up the basic training facility while under the watchful eye of the media, advocates, and Congress.

The solution to help both the accused and accuser get a fair investigation and trial is to have a justice system that more closely resembles that of the civilian court systems or to simply use the civilian court systems. In the civilian legal system, victims of crimes report to the police where the name of the individual they are reporting is entered into a national crime database. Impartial detectives conduct independent investigations and provide the results of their investigations to a prosecutor. A prosecutor determines whether or not there is enough evidence to move forward with the successful prosecution of a case. The accused has the right to remain silent, right to be represented by an attorney, right to the opportunity to plead “not guilty” or “guilty”, and the right to request a jury trial. In other words, soldiers should have the same constitutional rights as their civilian counterparts. Soldiers have no choice over how things get handled in the military justice system because the Commander has all the control.

Passing military justice reform that guarantees due process rights for the accused and accuser and overturning the Feres Doctrine should be our highest priority.