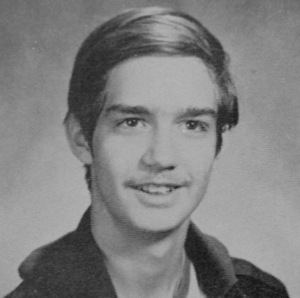 Eric Witte was 15 years old when he shot and killed his father Paul Witte while he lay sleeping on the couch in his Porter County, Indiana home. His mother Hilma had been poisoning him for years but her plan was not working so she elicited the help of her oldest son Eric to kill him. Although Eric has good memories of his father, he also has scars from the regular physical abuse he received if he made the slightest mistake. It wasn’t hard to convince Eric to kill his father so he could make the physical abuse stop. Eric and his mother Hilma were able to convince the police that it was an accident and they all went about their lives. Then Eric noticed that Hilma was poisoning his grandmother Elaine Witt as well.

Eric wanted no part in her murderous plans so he joined the Navy to escape his mother’s relentless pressure to kill. Eric thought that if he left, she would have no one to kill Elaine. But Hilma pressured her youngest son John to kill Elaine instead. John shot her with a crossbow and then they dismembered her body and put it in a refrigerator. Elaine and John then asked Eric to come home from the Navy to help them deal with the body. Eric wanted no part in his mother’s plan and left to go back to San Diego, California where he was stationed. Unbeknownst to him, his mother put his grandmother’s dismembered body in his vehicle and he didn’t notice until it was too late. He panicked and brought the body to California and put it in a storage locker.

It wasn’t long before other’s demanded to know where Elaine was. Hilma panicked and drove from Indiana to California to seek out Eric’s help. Eric left with his family and went Absent Without Leave (AWOL) so they could figure it out together. Eric was taught as a child to always protect his family and it was natural for him to do it again. In a bizarre twist, Hilma was arrested for forging Elaine’s signature on a social security check she stole from her. It was this arrest and investigation that led to the stories behind both murders. John and Eric admitted to investigators that their mother manipulated and pressured them to kill their father and grandmother. Hilma Witte was convicted and sentenced to 90 years in prison for murder. John and Eric Witte were given 20 and five year sentences for their roles and were released in 1996.

Source: She Made Me Do It, Evil Lives Here, Investigation Discovery

Preview: Growing up, Eric Witte’s father taught him to protect his family. But when his father became increasingly violent, Eric realised that his father was the evil his family needed protection from. -She Made Me Do It, Evil Lives Here (S2, E2)

As a boy, Eric Witte’s father taught him to protect his family. But as his father grows increasingly violent, Eric realizes that he is the evil his family needs protection from. -She Made Me Do It, Evil Lives Here (S2, E2)