‘Love, Blood, and War’ (S3,E4) features the military murder case of Army Spc. Anthony Riggs who was gunned down in front of his Detroit, Michigan home on March 18, 1991. Spc. Riggs was packing up his family to move to Fort Bliss, Texas when he was murdered therefore his death on active duty status included a hefty life insurance policy. Since the name of the show is in and of itself a “spoiler alert,” it should be no surprise that wife Toni Cato Riggs conspired to have her husband murdered. Although she would pretend to be the grieving widow initially, her greed and evil caught up with her in the end. Check out the show and learn more about the modus operandi of female killers. Given the make up of the military (85% male & 15% female) and the fact they are targets because of their guaranteed salary and benefits, we tend to see higher rates of female crime in this population. Research has revealed the Servicemen’s Group Life Insurance is a common motive for murder. [Happily Never After, Investigation Discovery] 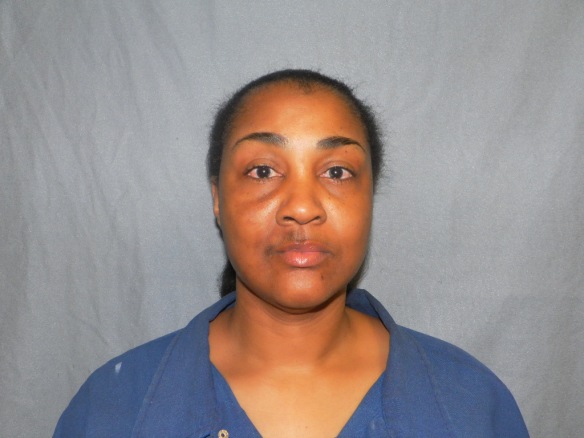 Sparks fly when Toni Cato meets Army soldier, Anthony Riggs. But soon after wedding bells chime a – shadowy gunman shatters their future with five bullets to the head. Police are left with a twisted tale of family betrayal, greed, and deception. -Love, Blood and War, Happily Never After (S3,E4) 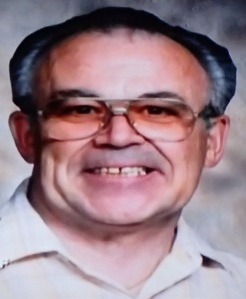 Philip Inhofer was an Air Force retiree hired as a civil servant at McClellan Air Force Base in Sacramento, California after retirement from the military. He was recently divorced from his second wife and enjoying retirement as a single man. Philip moved back to North Natomas in Sacramento to be closer to his family. He adored his grandkids and enjoyed being a grandfather. On March 7, 1991, Philip’s boss at McClellan AFB called Philip’s son Henry because he hadn’t shown up to work which was not like him and they were worried. Henry went to Philip’s home and found that his car was gone and his lights were off. He went inside the house, saw blood, and thought maybe he was hurt. Henry was frantic and as a result, he checked the entire house; he eventually found his dad in a closet. Philip was face down and naked with a plastic bag over his head. Henry called his wife who came right over and initially they thought maybe Philip killed himself; they called the police together. Henry took his father’s death hard. He admitted to feeling bummed and having no passion about anything after this tragedy. Henry was in the process of rebuilding his relationship with his dad because when he was young, he was a rebellious teen and Philip was gone a lot while he was in the military.

Henry shared that Philip had been to Korea, Vietnam, and Thailand in his military travels. Henry was using this chance as an opportunity to get to know his father and was looking forward to many more years with him. In retirement, Philip Inhofer loved square dancing and enjoyed his social life but he was getting bored so he bought a two-door 1975 Mercedes convertible. Henry found a list of escort services in his dad’s home and was shocked. He didn’t know anything about his father’s lifestyle. Henry assumed since Philip was recently divorced, he was looking for love in all the wrong places. Henry was embarrassed that his father was purchasing escorts. Apparently Philip did not like being alone so one night he called an escort service and asked for two women. One of those women was an escort by the name of Jade. Jade did not look like a prostitute and was very pretty although she was a prostitute at a Nevada brothel. After meeting Jade that first time, Philip was struck by her and asked for her by name after that because he only had eyes for Jade. In addition to paying Jade for her services, Philip helped her financially; he gave her money to pay her debts, bought her designer clothes, took her shopping, and paid all her expenses. He began spending more and more time with Jade and spending more and more money.

Meanwhile, Henry noticed that Philip would stop by briefly to visit with them but would not sit down and would not stay. He appeared fidgety. Philip was not depressed but looking back in retrospect, he was in love. Philip got rid of his dog for Jade after she complained about it. Then out of the blue he talked about selling his beloved car. We would later learn that Jade wanted his car and he needed another one to replace it. Investigators determined that Jade wanting Philip’s Mercedes became a problem in the relationship because Philip wanted to keep his beloved car. Jade also wanted to continue to shop endlessly but Philip had to put his foot down because he didn’t have the money. Despite Jade’s persistence about the car, Philip could not part with it. Regardless, Philip and Jade started making serious plans together. Philip wanted Jade to move in with him and on March 6, 1991, Jade left the Mustang Ranch in Nevada to move in with her new man in California. Jade and a friend drove through a snow storm to get to California and Philip was very happy to see her. One day later, Philip Inhofer was found dead in his home. First responders at the scene knew right away that Philip Inhofer’s death was no suicide.

A homicide detective was called to the scene to investigate what appeared to be a brutal murder. Detectives discovered a large blood stain on the carpet and found Philip lying on his stomach with a plastic bag on his head. They observed that Philip had suffered from numerous stab wounds and his throat had been slashed. Whoever killed Philip did so in a rage. Philip’s skull was fractured and his teeth were smashed in which was evidence tremendous amounts of blunt force were used. Philip’s shower curtain was shredded and there was blood everywhere including in the tub, on the walls, and on the shower curtains. Detectives found two pieces of paper in the home with Jade’s name on it, one of them was located on the bed stand. They learned Jade was an escort but Philip never told his family that piece of information. Using Philip’s phone records, detectives were able to track down persons of interest in an effort to find Jade. Detectives learned from a friend that Jade was going to Sacramento, California to pick up a Mercedes. The friend who gave Jade a ride to Sacramento informed police that Jade asked her to stop at a store so she could pick up some rat poisoning. She claimed she was going to use it to kill someone but her friend thought she was just kidding.

Investigators also learned that Jade or Michelle Cummisky was accused of electrocuting a previous husband; she threw a radio in his tub. But there was not enough evidence to charge her. Some of her friends said she worshipped Satan and Black Magic, and had tried to kill every man she was ever involved with. A previous husband thought she used rat poison on him because he got very ill when he was with her. Police were concerned that a beautiful, lethal woman was on the run so they called in the Federal Bureau of Investigation to assist. And the media was contacted; they called Michelle Cummisky ‘Batgirl’ in reports. In Biloxi, Mississippi, a police officer pulled over two girls in a Ryder rental truck with a freshly painted Mercedes in the back. The police ran the vehicle identification number and it came back as a hit to the murder victim, Philip Inhofer. Sacramento detectives went to Mississippi. Michelle’s friend Crystal Woodruff was clueless about Michelle’s crimes so she was released but Michelle on the other hand admitted to the crime. She told investigators that she hurt the man she loved because she was high on a lot of LSD and didn’t know what she was doing. Michelle loved her LSD. She claimed she went to get in the shower with Philip but instead saw monsters and beasts. She described Philip as a dark force that she needed to get rid of.

As Michelle committed the murder, she was reminded that Satan would protect her. She started stabbing Philip through the shower curtain as he was taking a shower. He was completely vulnerable, defenseless, and taken off guard. He attempted to fight off the attack as evidenced by the numerous defense wounds on his body but would succumb to the multiple stab wounds. An autopsy revealed that Philip had been stabbed thirty-two times. After he collapsed, Michelle hit him in the head with a bat a few times to make sure he was dead then dragged his body to a closet. Michelle ate dinner and went to bed. She described to investigators that Satan guided her through everything. The next day, Michelle left North Natomas with the bloody rugs and stole Philip’s Mercedes. Michelle Cummisky was charged with murder. At her trial a couple years later, she used the fact that she had a horrible upbringing and difficult childhood as her defense. The prosecutors reminded the jury that the murder was a cold calculated crime and Michelle would go to any lengths to get what she wanted. On April 14, 1994, Michelle Cummisky was sentenced to twenty-five years to life in prison. In April 2011, Michelle Cummisky was denied her first chance at parole. Michelle Cummisky is a greedy, sociopath and her selfish actions altered the destiny of several people forever.

Source: Shades of Jade, Stranger in My Home, Investigation Discovery

A lonely ex-military man meets up with a much younger beautiful woman, and together they fall in love. Or so they think. Until a deadly combination of greed, worry, and secrets leaves one dead and the other on the run… wanted for murder. -Shades of Jade, A Stranger in My Home (S3, E8)

Follow MILITARY JUSTICE FOR ALL on WordPress.com
Join 242 other followers