It’s often said that people should be judged by their actions, not merely their words. The same is true of institutions, even the Department of Defense (DoD).

Facing intense criticism for how it responds to sexual violence within the military, the Pentagon has said: “Sexual Assault is a crime that is not tolerated, condoned, or ignored in the DoD. It is one of the most serious challenges facing our military.”

Yet, in Freedom of Information Act (FOIA) litigation that has now been pending for three years, the Pentagon argues that releasing its records regarding military sexual violence is too “burdensome,” because it involves a large number of documents. But that raises more questions than it answers: Doesn’t the volume of documents only confirm the magnitude of sexual assault in the military? Why is the DoD opposing efforts to shed further light on military sexual violence, a necessary step to creating effective solutions?

Lawmakers say they fear the Defense Department has found a new way to drum sexual assault victims out of the service: by diagnosing adjustment disorder and having them discharged from the military.

It’s the latest technique the department has used to retaliate against troops who report they were sexually assaulted, according to members of Congress who are determined to use this year’s defense policy debate to curtail the practice and get justice for the service members who they say were illegally discharged in the past.

“It’s like a ‘Whac-A-Mole,’” said Rep. Jackie Speier, California Democrat. “Every time we shut them down on something, they’ll find a way around it.”

ID Go: An elite California Lakeside Community is rocked to its core when two well-to-do gentlemen go to war over an 18-inch property line discrepancy. One neighbor takes the dispute to new levels when he hires a hitman to permanently solve the problem. -Welcome to Murder Street, Fear Thy Neighbor (S1, E6)

ID Go: In Miami, a young mother has no choice but to shut the door on her warring neighbors as a three-year feud over a patch of land and differing moral standards reaches a bloody and tragic conclusion. -Home’s Where the Hearse Is, Fear Thy Neighbor (S1, E5)

Retiree Baldomero Fernandez, 62, murdered Army veteran James Escoto, 29, in Miami, Florida on October 4, 1986. Fernandez claimed self-defense but the evidence said otherwise. Fernandez shot Jimmy multiple times and then bashed his head in with a rock to kill him. Jimmy’s son believes this homicide was pre-meditated. After a plea deal, Baldomero Fernandez was convicted of second degree murder and sentenced to 7 years in prison but he only served 3 years. 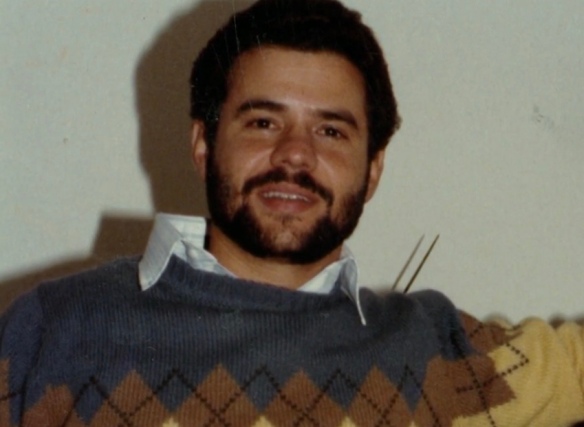