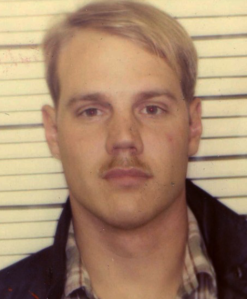 In 1985, a young military officer’s wife and two of her three little girls were viciously murdered in their Fayetteville, North Carolina home. Kathryn Eastburn was also raped. The crime occurred six miles from the location of where Jeffrey MacDonald was accused of killing his wife and two children on the base at Fort Bragg. Army sergeant Timothy Hennis became a suspect from the beginning because a day or so earlier, he bought the Eastburn’s family dog. In a background check, they found that he had 3 convictions for writing bad checks and a witness identified him as the same person leaving the Eastburn home during the time in question. Eventually he was charged and found guilty of the murders of Kathryn, Cara, and Erin Eastburn; he was sentenced to death by the civilian authorities in North Carolina. But he appealed, was granted a new trial and at his second death penalty trial, he was found not guilty.

After his acquittal, he joined the Army again for two more tours, worked his way up to E-8, and retired as a MSG from Fort Lewis, Washington. Twenty years later, DNA evidence from a vaginal swab taken from Kathryn Eastburn linked Hennis to the crimes. Civilian prosecutors could not charge Hennis due to double jeopardy; but the US military did claiming they have federal jurisdiction because Hennis is a retiree. As a result, he was ordered back into service due to his retirement status. Hennis tried to claim consensual sex which contradicted original testimony. In 2010, a military jury found him guilty of three counts of murder and he was sentenced to death again. Hennis sits on death row at Fort Leavenworth with three other service members: Ronald Gray, Hasan Akbar, and Nidal Hasan.

In 1985, a young military wife and two of her three little girls are viciously murdered in their home. In a twisted case filled with unusual suspects, the man who gets convicted goes free. But nothing is what it seems. -Discovery ID

3 People on Death Row Who May Be Innocent | Criminally Listed

A man tried three times for his life but is he a killer? Find out! Death Row Stories.

While on death row, Tim Hennis received an anonymous letter confessing to the murders. The note didn’t produce any leads. -Death Row Stories

The star witness in Tim Hennis’ trial had doubts about whether Hennis committed the murders. -Death Row Stories

2013
Nidal Hasan, and the 5 other men on the military’s death row

Death Penalty Information Center:
Description of Cases for those Sentenced to Death in U.S. Military
Former Death Row Inmate Acquitted in One Court, Now Convicted in Another