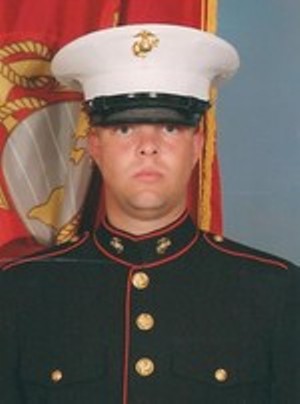 Marine Corps Lance Cpl. Joshua Birchfield, 24, died of injuries sustained in an insider attack on February 19, 2010 in Farah Province, Afghanistan. Lance Cpl. Birchfield was supporting Operation Enduring Freedom on behalf of the 3rd Battalion, 4th Marine Regiment, 1st Marine Division, I Marine Expeditionary Force in Twentynine Palms, California. According to the Department of Defense, this incident is under investigation.

[The NCIS report] “stated that an Afghan court convicted the contractor who shot Birchfield and sentenced him to 15 years in prison. The name of the killer, working as a guard for a construction company, was redacted. He opened fire after spotting a group of men with guns who turned out to be US Marines.” -The Telegraph