“In 2010, statistics came out that 120 female U.S. soldiers stationed in Iraq had died. Half of those deaths were reported to be non-combat related. 30 those non-combat related deaths were ruled suicides, but there is evidence to suggest many of them may have actually been murders. In this episode, we dive into the case of LaVena Johnson and other women of the U.S. military who died very suspicious deaths during Operation Iraqi Freedom.” –Conspiracy: Women in the US Military, Crime Junkie Podcast (10/22/18) 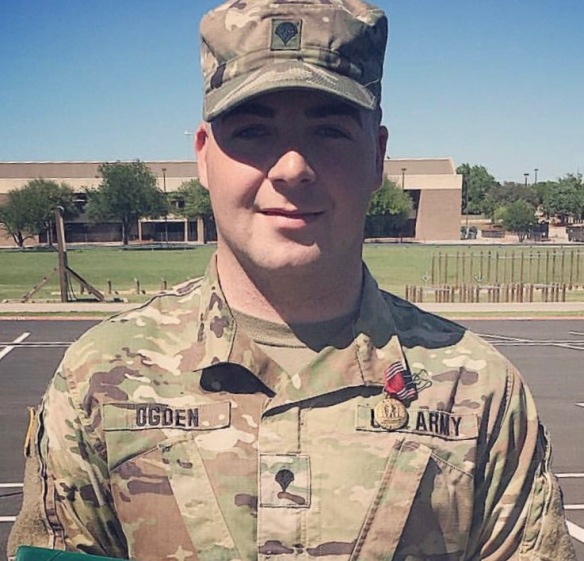 Fort Hood Army Spc. Justen Glenn Ogden, 22, was found unresponsive at his on post home on July 11, 2017. Spc. Ogden is survived by a daughter, parents, and three siblings. “Family meant alot to Justen, he didn’t let a day pass without talking to his daughter, brother and sister. He was an excellent father, brother, son and soldier. He will be greatly missed (obituary).” Spc. Ogden is from Humble, Texas and he joined the Army in March 2014 as a motor transport operator. In August 2014 he was assigned to 61st Quartermaster Battalion, 13th Expeditionary Sustainment Command at Fort Hood in Texas. At the time of his death, the Army claimed in a press release that the circumstances surrounding his death were under investigation. The official cause of death was unknown until 2020 when the family stated that the Army ruled the cause of death as a self-inflicted gunshot wound. To this day, the family continues to question the cause of death ruling and claims none of the circumstances surrounding the incident add up.

“He died of a gunshot wound that they ruled as a suicide. None of it ever added up! He put his truck in the shop that morning to have a lift kit added! Also, his time of death was around 11 am. He was supposed to be at work and had been there that morning, but he wasn’t found until 6pm when his girlfriend got home! All I ever got from anyone at Ft. Hood were lies and useless condolences!! Something really bad is going on at that base and it needs to be stopped! I have prayed everyday, since I put my son in the ground, that they would be held accountable for the horrific way they are failing our children!!! NO SOLDIER LEFT BEHIND!!” –Justen’s family

Death of a Fort Hood Soldier – Spc. Justen Ogden (Screenshot of the Fort Hood press release because they will delete the on-line version)

Army Major Nidal Hasan was sentenced to death by a military court for killing thirteen people and wounding 30 others at Fort Hood, Texas on November 5, 2009. Major Hasan was a military officer employed as a psychiatrist and nearly all of the victims of his crimes were unarmed soldiers. This was the worst mass murder at a U.S. military installation. Hasan was armed with a semi-automatic pistol, shouted “Allahu Akbar” (God is great), and then opened fire at a crowd inside a Fort Hood deployment and medical screening processing center. The massacre lasted about 10 minutes before Hasan was shot by civilian police and taken into custody. The shooting spree left 12 service members and one Department of Defense employee dead. Reviews by the Pentagon and a U.S. Senate panel found Hasan’s superiors had continued to promote him despite the fact that concerns had been raised over his behavior. His behavior suggested that he had become a radical and potentially violent Islamic extremist. On August 23, 2013, a jury found Hasan guilty of 45 counts of premeditated murder and attempted premeditated murder. He was sentenced to death for his crimes and sits on death row at Fort Leavenworth with three other service members: Timothy Hennis, Ronald Gray, and Hasan Akbar.

Army Psychiatrist Maj. Nidal Malik Hasan is suspected of killing 13 and wounding 30 in a rampage shooting in Fort Hood, Texas on the largest military base in the U.S. -CBS News (November 6, 2009)

Nidal Malik Hasan is an army psychiatrist, deeply opposed to America’s wars, and now accused of committing one of the worst attacks ever at a U.S. military base. -CBS (November 6, 2009)

Details of what happened during the massacre at Fort Hood. -ABC News (November 7, 2009)

Soldier shot tells of chaos and how a friend pulled the bullet from her back. -ABC News (November 7, 2009)

New information continues to emerge on the background of Major Nidal Hasan, the U.S. Army psychiatrist who allegedly opened fire on soldiers at Fort Hood in (the U.S. state of) Texas. A 2007 U.S. Army memo speaks of his poor performance treating soldiers at the Walter Reed Army Medical Center in Washington DC. His Palestinian relatives in the occupied West Bank, meanwhile, speak of his sudden turn to a strict adherence to Islam. -VOA News (November 24, 2009)

“For The Record” examines the Fort Hood Shooting, talking to survivors, in its premiere episode of the 2nd season. -Blaze TV (March 13, 2014)

CNN’s John Berman takes a look at the lives lost in the shooting at the Fort Hood military base in Texas. -CNN (April 4, 2014)

Fort Hood’s base commander eulogized his men, and President Barack Obama delivered a speech at a memorial service for soldiers killed in a shooting last week at Fort Hood Army post in Texas. It marked the second time the president had to come to Fort Hood after a mass shooting. -CBS Evening News (April 9, 2014) 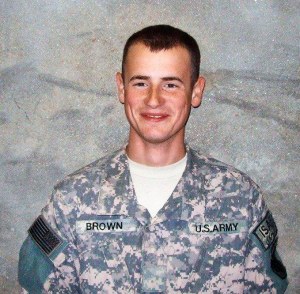 Army Pvt. Matthew W. Brown, 20, of Zelienople, Pennsylvania, died May 11, 2008 in Asadabad, Afghanistan from injuries suffered in a non-combat related incident. Pvt. Brown was supporting Operation Enduring Freedom on behalf of the 3rd Battalion, 321st Field Artillery Regiment, 18th Fires Brigade (Airborne) at Fort Bragg, North Carolina. At the time of the incident, the Department of Defense announced Pvt. Brown’s death was under investigation. On January 8, 2019, the family alleged Matthew was murdered in a Vanity Fair publication titled “Leave No Soldier Behind”: The Unsolved Mystery of the Soldier Who Died in the Watchtower.

Lt. Joe Kenda of the Homicide Hunter series on Investigation Discovery discussed the murder of Fort Carson Army soldier Christopher Walton, 21, outside a night club in Colorado Springs, Colorado on November 21, 1991. What started out as a good night out on the town turned deadly after two rival units started a brawl at a local bar in Colorado Springs. The fight spilled outside of the bar and that’s when Christopher Walton was shot with a gun in the neck. Christopher Walton was getting ready to get out of the Army and move back to North Carolina. He was a described by his friends as a really good guy who took care of people.

As Kenda investigates the case, which is in his jurisdiction, he learns that a few months earlier a couple of soldiers got in a fight over a girl and that’s when everyone chose sides and the rival began. The rival was between the artillery unit and the maintenance unit at Fort Carson. An informant told Kenda that she thought Chris Smith may have committed the murder. Kenda pays Chris Smith a visit and in deed finds a gun similar to the gun they were looking for in his possession. It was later determined by ballistics that this gun matched the bullet recovered from Christopher Walton’s body.

Chris Smith was arrested for the murder of Christopher Walton. He never admitted to the murder and told Kenda that he had given the gun to someone else that night but would not give up the name. While Smith was in custody, the Army’s Criminal Investigation Division (CID) called Lt Joe Kenda to tell them they had a witness to the event and they thought he might have the wrong guy. The witness, Eric Walker, identified Leroy Davis as the actual shooter. Leroy was a member of the artillery unit at Fort Carson which was the rival unit to Christopher Walton’s maintenance unit.

As it turns out, Chris Smith was telling the truth. He did give the gun to someone that night outside the bar after shooting it in the air because he didn’t want it on his person. Eric Walker told Kenda that Chris Smith gave the gun to Leroy Davis who eventually returned the gun back to Smith. Chris Smith refused to implicate his Army brother, even after he was arrested and jailed. According to Walker, Christopher Walton pushed one of the artillery unit members and Leroy Davis acted on emotional impulse, pulled the gun out of his jacket, and shot Walton in the neck causing his fatal injuries.

For some unknown reason, Leroy Davis faced a court martial as opposed to a being tried by the civilian courts in Colorado Springs. Lt Joe Kenda described military discipline as a whole different game, sharing that they are “draconian and ruthless.” The military has its own internal justice system and has been at the center of a controversial debate in Congress for the past few years over the way it handles violent crimes. In this case, Davis was sentenced to twenty years at Fort Leavenworth where he will be expected to do hard, physical labor the entire time. We learned from one of the soldiers present at the scene that fifteen military members from Fort Carson got discharged as a result of their involvement in this incident.

A massive brawl erupts at a local bar ends with the shooting death of a young army soldier. To unravel the murder, Lt. Joe Kenda must infiltrate a revered military institution, and expose a dangerous vendetta. -Victim Zero, Homicide Hunter (S5,E9)