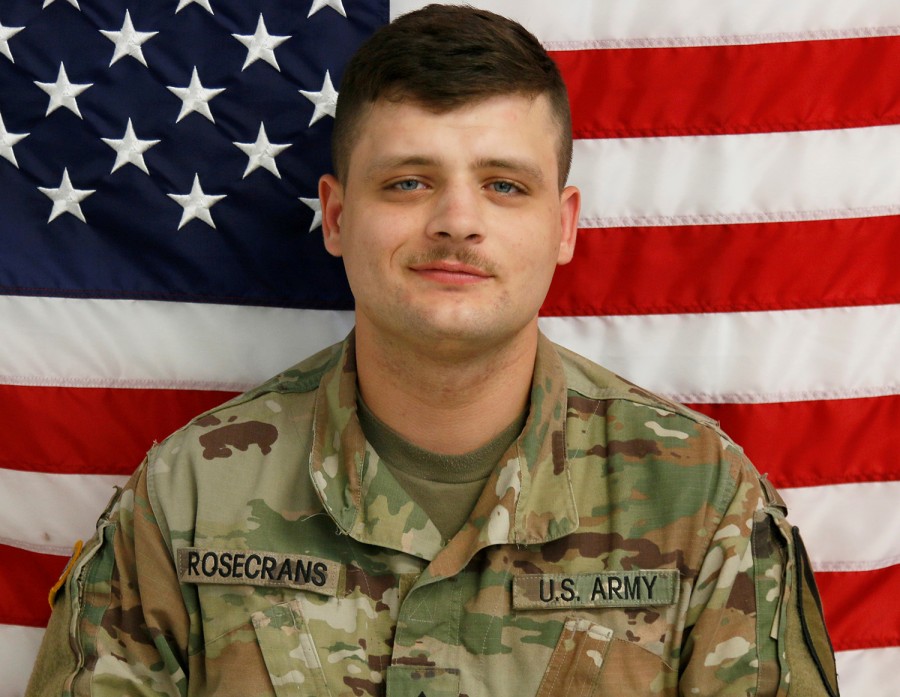 Fort Hood Army Pfc. Brandon Scott Rosecrans, 27, of Kimberling City, Missouri, was found dead on the southern edge of Harker Heights, Texas on May 18, 2020. Brandon Rosecrans’ was a shooting victim and his body was found along Fuller Lane just north of the western end of Stillhouse Hollow Lake. His orange-colored 2016 Jeep Renegade was discovered on fire about four miles from his body. The cause of the fire is under investigation by the Harker Heights Fire Marshal. Pfc. Rosecrans served as a quartermaster and chemical equipment repairer with the 3rd Armored Brigade Combat Team, 1st Cavalry Division since November 2018. Pfc. Rosecrans enlisted in the Army in May 2018.

Harker Heights, Texas, Police Chief Phillip Gadd reported that following a preliminary investigation, they’ve determined that Brandon Rosecrans died from a gunshot wound and that his death was being investigated as a murder. The murder and arson investigations are being run concurrently by the Harker Height’s police and fire departments and the U.S. Army CID. According to the Army CID, the Harker Heights Police Department is the lead investigative agency for Brandon Rosecrans’ death. Anyone with information, “no matter how insignificant it may seem,” is asked to come forward and contact Army CID, the military police or their local law enforcement agency.

“The Harker Heights Police Criminal Investigation Division is asking anyone with information about this murder to contact them at 254-953-5400. Individuals may also provide information to Crime Stoppers at 254-526-TIPS (8477) or go online at www.bellcountycrimestoppers.com. All information is confidential and anonymous and if your tip leads to the arrest of the person(s) responsible, you could be eligible to receive a reward up to $1,000 in cash.” -Harker Heights PD Press Release (May 19, 2020)

On August 5th, 2020, Brandon Olivares was charged with the murder of Brandon Rosecrans. Estrellia “Star” Falcon was charged with using Rosecran’s Jeep & hindering prosecution. See media updates and affidavit below.

His vehicle was found on fire 15 mins after he was found about 4 miles away. Let help get brandon justice. His reward is only 1000 it needs upped. Also his service if you want to pay your respect and watch. -A thin line between Love and homicide (June 29, 2020)

Pfc. Brandon Rosecrans was found dead near his burning Jeep a short drive from the base, killed by a gunshot wound. Police and Army investigators are now investigating the death as a possible murder. -Military Times (July 1, 2020)

Brandon Michael Olivares was charged with the murder of Brandon Rosecrans and had a bond set at $1 million. -KCEN News (August 6, 2020)

A Killeen couple is in jail after Pfc. Brandon Rosecrans, a 27-year-old Fort Hood soldier, was murdered in May. KTBC FOX 7 Austin (August 19, 2020)