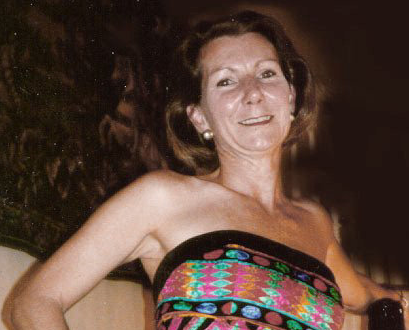 Kathleen Hunt Peterson was found deceased by her husband Michael Peterson at the bottom of the stairs in her Durham, North Carolina home. When investigators arrived at the home, they were suspicious because the scene did not appear to match Michael’s theory of what had occurred. Kathleen’s head had been bludgeoned with a blunt instrument. Once the prosecutors learned that Michael also found military widow Elizabeth Ratliff deceased at the bottom of her stairs in Germany, they felt this was not a coincidence. Michael Peterson and his wife at the time adopted Ratliff’s two daughters. Years later Peterson divorced his wife and eventually married Kathleen Hunt (Peterson). Sixteen years after Ratliff died, Kathleen was dead and it was in the same manner as Elizabeth Ratliff. Investigators decided that they needed to take a look at the Ratliff case again and exhumed her body. Peterson was never charged with the death of Elizabeth Ratliff and her two daughters stand behind their adopted father.

After an extensive investigation, Michael Peterson was charged with the first degree murder of his wife Kathleen Peterson. In 2003, Peterson was convicted of the first degree murder of Kathleen and sentenced to life in prison with no parole. Although a few years later in 2011 Michael Peterson was able to get a retrial on appeal. In the second trial, he pleaded guilty to manslaughter in 2017, using an Alford Plea, and was freed from prison with time served after 8 years. Investigation Discovery (ID) featured a series called “An American Murder Mystery: The Staircase” that showcased the case details of both Elizabeth Ratliff and Kathleen Peterson. Michael Peterson maintains his innocence and his attorney’s theorized that an owl most likely caused the injuries on Kathleen’s head. Netflix is also featuring a series titled “The Staircase” and it is premiering on June 8, 2018. The ID docu-series left the viewer seriously questioning the actions of the courts after Peterson was released.

Investigators are stunned to discover that sixteen years ago, Michael Peterson’s good friend Liz Ratliff also died at the bottom of a staircase, lying in a pool of blood. The trial begins and experts battle over the interpretation of blood spatter. -An American Murder Mystery: The Staircase