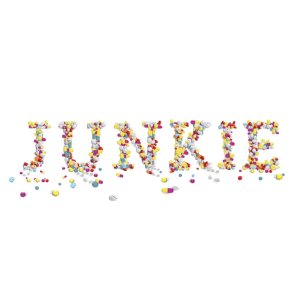 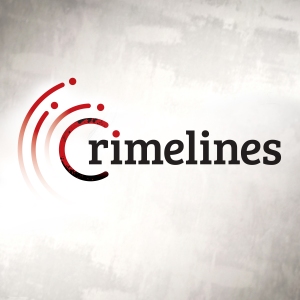 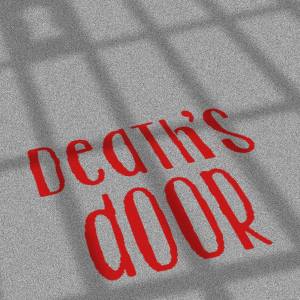 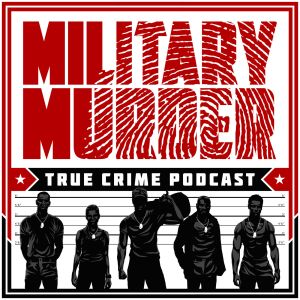 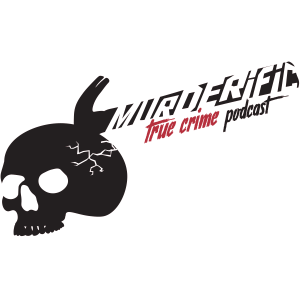 The Generation Why Podcast: 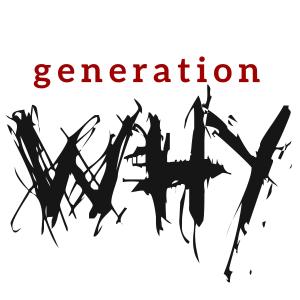 The Generation Why Podcast Featured the Suspicious Death of Army Pfc. LaVena Johnson in Balad, Iraq: Was It Suicide or Murder? (November 19, 2017) 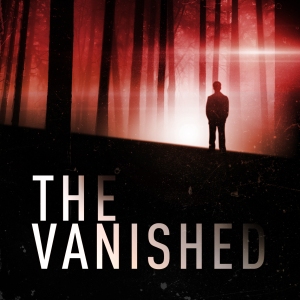 The Military Murder Podcast dropped their first three episodes on Veteran’s Day. The podcasts featured the homicide cases of Army Sgt. Stephen Schap, Canadian RAF Colonel Russell Williams, and Army MSG Timothy Hennis (currently on military death row with three other servicemembers). The Military Murder Podcast is the first of it’s kind and we are pleased that a true crime podcaster chose this particular subject. MJFA tracks homicide committed by active duty service members, their families, and veterans. It’s our belief if they are capable of murder, they are also capable of rape, sexual assault, domestic violence, physical assault, animal abuse, and other felony crimes. It is our hope that the military will track these red flag crimes in a more efficient manner with civilian authorities so we can prevent the homicide from occurring and warn civilians of the dangers that lurk when a service member is discharged instead of prosecuted. Check out the Military Murder Podcast on your favorite podcast app. We love the Stitcher app because we can organize all our favorite podcasts in one place. And the Military Murder Podcast is definitely one of our favorites.

Ep1. MURDER: The Decapitation of an Army Specialist by a Fellow Soldier

In 2001, Kathleen Peterson’s body was found at the foot of a staircase in her home. The Missing Pieces looks at the nagging questions surrounding her death, dissecting a frantic 911 call, a potentially killer owl, and a blood-soaked stairwell. -The Staircase, Investigation Discovery

On December 9th, 2001, Kathleen Peterson was found dead at the bottom of a staircase. Did he do it? -The Staircase | Netflix

1. Crime or Accident? Following his wife’s suspicious death, Michael Peterson speaks about his version of the events while lawyers and expert witnesses prepare for trial.
2. Secrets and Lies: As Michael’s hidden life comes out into the open, defense experts debate if it will have a significant impact on the coming trial.
3. A Striking Coincidence: The defense team is shaken when a suspicious event from the past comes to light. Later, the team visits Michael’s first wife in Germany.
4. A Proseuction Trickery: As the trial looms and media attention heats up, an autopsy report’s wording ruffles the feathers of the defense team.
5. A Weak Case: The prosecution presents its case while the defense strives to cast a reasonable doubt within the minds of the jury.
6. The Prosecution’s Revenge: A witness brings surprising levity to the stand, the judge rules on an important matter, and Michael’s alleged temper comes under scrutiny.
7. The Blow Poke Returns: Kathleen’s sisters pore over Michael’s writings. Jurors visit the staircase at Michael’s home. A vital piece of evidence reappears.
8. The Verdict: Is Michael Peterson guilty or not guilty? The jury delivers its verdict regarding the mysterious death of his wife, Kathleen.
9. Reopening the Case: Eight years later, the possibility that a key witness for the prosecution may have misled the jury could prompt the need for a new trial.
10. The Last Chance: After more experts testify about the questionable conclusions and claims of Duane Deaver, the judge rules on whether a new trial is necessary.
11. Looking for Closure: Following two and a half years of house arrest, Michael must decide whether to push for a plea or risk his freedom with a new trial.
12. Between Anger and Despair: Their faith in the justice system forever shaken, Michael and his family discuss what they can hope to achieve by continuing the fight.
13. Flawed Justice: Michael speaks to a reporter about the reasons behind his plea. Later, Kathleen’s sister delivers a statement of defiance in court. 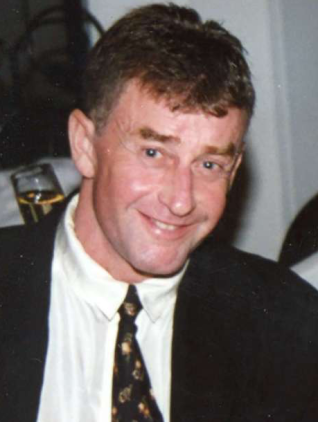 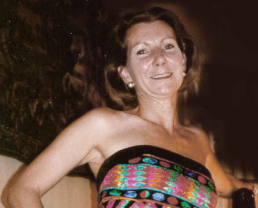 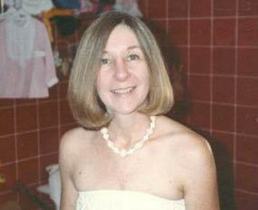 END_OF_DOCUMENT_TOKEN_TO_BE_REPLACED

‘Reversal of Fortune’ | An American Murder Mystery: The Staircase

Michael Peterson appears to have it all – a doting wife, a loving family and a successful literary career – but, that all changes on December 9, 2001, when Michael’s wife, Kathleen, is found dead in a pool of blood at the bottom of a staircase in their home in Durham, North Carolina. Michael claims it was a tragic accident. Investigators, however, fear something far more sinister is at play and direct their attention to him. Did Michael Peterson murder his wife? Investigation Discovery (ID) delves into one of the most fascinating cases in criminal history in AN AMERICAN MURDER MYSTERY: THE STAIRCASE. Premiering Sunday, April 8 at 10/9c, the three-part special event provides a unique and comprehensive look at the death of Kathleen Peterson, exploring the shocking theories, critical evidence and surprising secrets that thrust this case into the national spotlight.

Michael Iver Peterson (born October 23, 1943) is an American novelist who was convicted in 2003 of murdering his second wife, Kathleen Peterson. On December 15, 2011, Peterson was granted a new trial [1] which was scheduled to begin on May 8, 2017. [2] On February 7, 2017, a newspaper reported an imminent plea bargain. [3] On February 24, 2017, Peterson submitted an Alford plea to the reduced charge of manslaughter. He was sentenced to time already served and freed, although he is now a felon. [4] 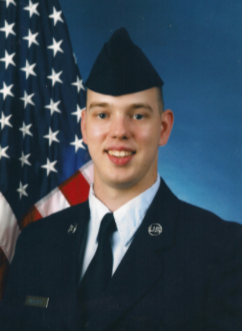 Air Force A1C Nathaniel McDavitt, 22, of Glen Burnie, Maryland died April 15, 2016 as a result of injuries sustained after extreme winds caused structural damage to the building in which he was working. A1C McDavitt was temporarily deployed to Jordan with the 332nd Air Expeditionary Wing for joint training exercises with the Jordan Armed Forces-Arab Army (JAF). He was an F-16 crew chief supporting Operation Inherent Resolve on behalf of the 52nd Equipment Maintenance Squadron, 407th Air Expeditionary Group at Spangdahlem Air Base in Germany. According to The Jordan Times, the US embassy in Amman was looking into the cause of the accident that killed A1C McDavitt. His family set up a memorial scholarship fund in his name.

There is no indication yet whether the building in question was on or off a U.S. military base in the region. A spokesperson for AFCENT said the 407th group is part of the 332nd Air Expeditionary Wing, but that the unit is geographically separated from the wing. Due to “host nation sensitivities,” the Air Force won’t release the 407th’s location. –Air Force Times 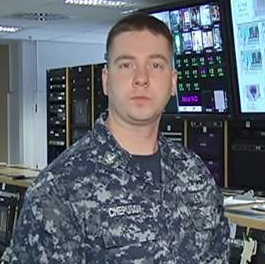 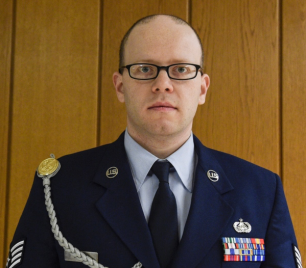 SSgt Sean Oliver, US Air Force, was found guilty of strangling Navy Petty Officer Dmitry Chepusov after a night of drinking on December 14th , 2013 in Kaiserslautern, Germany. The two were colleagues at the American Forces Network (AFN) at Ramstein Air Force Base. SSgt Oliver was charged with pre-meditated murder. The military prosecutors were considering the death penalty but the German authorities withheld evidence in an effort to get the death penalty off the table in this case. SSgt Oliver was found guilty of the murder of Dmitry Chepusov by the military courts and sentenced to life with parole. Military prosecutors believed the motive for the murder was to silence Dmitry Chepusov who found out about an affair that SSgt Oliver was having with his wife. 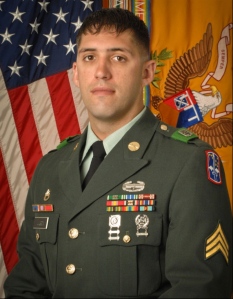 Army Staff Sgt. William Wilson III, 27, was the victim of an insider attack perpetrated by a local Afghanistan policeman in Paktika province, Afghanistan on March 26, 2012. Staff Sgt. Wilson was supporting Operation Enduring Freedom on behalf of the 2nd Battalion, 28th Infantry Regiment, 172nd Infantry Brigade in Grafenwoehr, Germany. According to Department of Defense, “His death was originally reported by the International Security Assistance Force, which characterized it as the result of gunshot wounds inflicted by an alleged member of the Afghan Local Police. ” 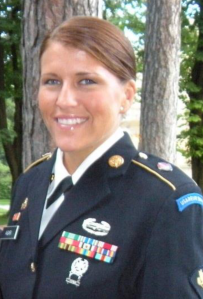 According to the U.S. Army Europe Public Affairs, unit officials conducted a health and welfare inspection of Sgt. Kimberly D. Agar’s barracks room after Agar missed a medical appointment. The corporal was found unresponsive and German emergency medical personnel were contacted. A German doctor pronounced Kimberly dead at the scene on October 3, 2011. An investigation into the cause of death determined Kimberly died by suicide. Kimberly’s mother has since dedicated her life to raising awareness of active-duty suicide rates in an effort to prevent suicide within the active-duty ranks.