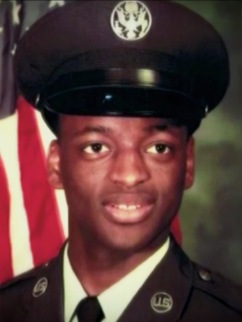 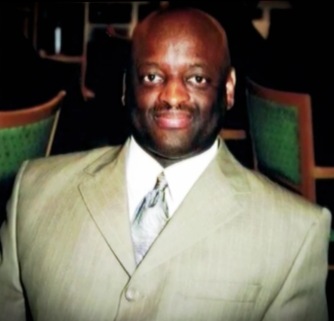 Air Force Retiree Michael Giles, 46, of Garland, Texas disappeared on July 4, 2006. He was supposed to attend a Fourth of July event with his family but he never showed up. He texted his sister informing her he was staying home. On October 12, 2007, Veterans Affairs agents contacted a detective in Garland because they were concerned about the missing veteran, who the same month he went missing, stopped making payments on his VA home loan which wasn’t like him. VA agents were investigating his foreclosure because he was never late and sometime made double payments but they were unable to get ahold of him since he stopped making payments one year earlier. The VA agents noticed a concrete slab of cement in the backyard that looked random, it had no useful purpose. The detective who was called to investigate the circumstances immediately suspected the concrete slab was a grave. They learned the current tenant didn’t know Michael Giles and that he was renting from Kwaneta Harris, who lived in Detroit, Michigan.

Kwaneta Harris met Michael Giles in England where both of them lived. Kwaneta was married to an Air Force service member and they were in the middle of a divorce when she met Michael Giles. Giles was also stationed in England with the Air Force where he worked on overhauling engines for helicopters. He was Kwaneta’s husband’s supervisor and felt for her because she didn’t have a place to live after her husband kicked her out. The pair quickly became friends and eventually began a romantic relationship. In 1996, Kwaneta Harris moved back to Detroit, Michigan and Michael Giles finished up a twenty year career and retired from the Air Force. He bought a home in Garland, Texas and it wasn’t until 2002 that he began having conversations with Kwaneta again. Michael was excited about his new life and new job and between his Air Force pension and his salary, he did well. He began a long distance relationship with Kwaneta Harris again and she began flying back and forth between Michigan and Texas. Kwaneta was also dating Deandre Knight in Michigan at the same time.

After VA agents contacted detectives, they initiated a search of the backyard with a cadaver dog. The dog hit on the area where the random concrete slab was placed. They needed a warrant but they needed more evidence before they could begin digging in Michael’s backyard. They contacted Michael’s family and learned they had not seen him since July 2006, although they didn’t report him missing because he continued to text them to let them know he was okay but needed some time to himself. This was not like Michael and the family was concerned but they were lead to believe that he was still alive when they received the texts so they never filed a missing person’s report. When detectives began digging deeper into Michael’s life, they learned that Kwaneta Harris had systematically drained all of Michael’s bank accounts and liquidated his assets. Kwaneta Harris stole $200,000 from Michael since the time of his disappearance. As a result of this new information, investigators were able to search the backyard and recovered Michael’s body underneath the concrete slab. His badly decomposed body was found with a bullet in his head. Kwaneta Harris was arrested and extradited to Texas.

In a search of Kwaneta’s home in Michigan, investigators discovered all of Michael Gile’s personal belongings including his personal information, bank account passwords, cell phone, and official documents. Kwaneta was charged with murder. In the middle of the trial, Kwaneta plead guilty and was sentenced to fifty years in prison. In September 2015, Kwaneta Harris received a court order reducing her sentence from 50 years to 8 years, meaning she would be eligible for parole immediately. But as it turns out this court order was not real because she forged the judge’s signature. This was one more con in a long history of evil doing and conniving. Kwaneta’s husband, Deandre Knight, was also arrested for his role in the fraud. He wasn’t involved in the murder but he was involved in the elaborate fraud schemes to steal money and assets from Michael Giles. If not for the VA agents caring about the Air Force veteran who stopped making his VA home loan payments all of a sudden, this case may never have been solved. The VA home loan agents went above and beyond unlike a regular bank would have and reported their suspicions about the sudden disappearance of the homeowner Air Force retiree Michael Giles.

Kwaneta Yatrice Harris, a licensed nurse, shot Michael Giles, her on-again, off-again lover of a decade, in the back of the head in 2006. She then cooked up an elaborate ploy to cover up the killing of Giles, a military retiree who lived in Garland. Harris hired someone to dig Giles’ grave under the ruse that she was installing a pond, then got a man to pour a 3-by-15-foot concrete slab on top. She posed as Giles in emails and texts, telling his family he was in New Mexico and needed some time away. Prosecutors say she even had a new boyfriend pretend to be Giles, dressed up in bandages after a supposed car accident, so she could gain access to Giles’ financial accounts. Authorities excavated Giles’ body from his own backyard in 2007. –Dallas News (April 2016)