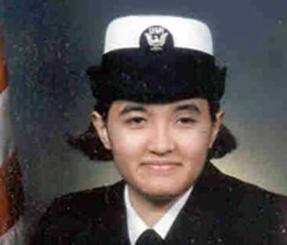 Navy Seaman Sandra Grant, 23, died of a natural causes (cardiac arrest) while aboard a ship in the Arabian Sea on December 31, 2006. Seaman Grant was a Damage Control Fireman supporting Operation Iraqi Freedom (OIF) and was assigned to the aircraft carrier USS Dwight D. Eisenhower. Naval officials reported the death was under investigation but preliminary findings pointed to natural causes. Sandra was a sailor, a family member, a friend, a wife, and the mother of a baby boy. She was also one of three sailors announced in the Department of Defense press release that died of ‘natural causes’ or an ‘accident’ in a hostile fire zone in support of OIF.  Lt. Cmdr. Jane Lanham, 43, died from natural causes on September 19, 2006 in Bahrain. Petty Officer 3rd Class Roger Napper, 20, died of trauma from a single motor vehicle accident on October 7, 2006 in Bahrain.

[Sandra’s] father said the news came as a total shock because she was always healthy and didn’t have any prior medical condition. –The-Dispatch.com