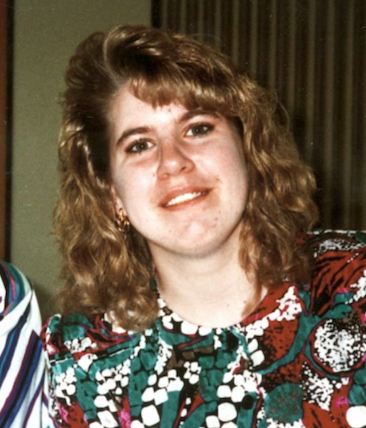 Sarah Gonstead of Madison, Wisconsin was a victim of homicide on March 14, 1996 by what was believed to be her friend Air Force veteran Penny Brummer. Sarah was best friends with Penny’s ex-girlfriend Glenda and investigators believe that Penny killed Sarah because she was interfering with her relationship with Glenda. The motive was jealousy, revenge, and vengeance. A month before Sarah’s death, Glenda broke things off with Penny and Penny was heartbroken. Investigators learned that Sarah was shot in the back of the head execution style with a 22 handgun. The person who committed the crime was most likely someone Sarah trusted. Penny’s father owned a 22 which was missing and never recovered. And Penny was the last person to see Sarah alive on the night in question. Penny claims the two were out bar-hopping and drinking for Sarah’s twenty-first birthday. The last time she saw Sarah she was walking towards Glenda’s house; Penny went home. Penny claims she doesn’t remember being at Jake’s bar, the last bar that Penny and Sarah frequented.

Jake’s bar is only a couple miles from where Sarah’s body was located three weeks after she disappeared. Glenda told investigators she broke up with Penny because she was too controlling and obsessive about the relationship. Glenda believes Penny assumed that Sarah was interfering in the relationship when in fact she wasn’t. Sarah was straight so Penny thought Sarah was trying to turn Glenda straight. Penny was arrested eight days after Sarah Gonstead’s body was discovered and she was charged with first degree murder. She was found guilty by a jury of her peers on October 1, 1994 and sentenced to an automatic life in prison. She will be eligible for parole after serving fifty years in prison in 2045. Penny Brummer maintains her innocence to this day and her mother Nancy Brummer advocates for her daughter’s innocence and release. Glenda believes the police have the right person and she mourns for her friend Sarah was was an innocent bystander and didn’t deserve any of this. Glenda described her best friend Sarah Gonstead as shy, soft-hearted, and a loyal friend.

Penny Brummer, a military vet, is accused of murdering her ex-girlfriend’s best friend in a jealous rage. However, Penny was so drunk that night she was in a blackout state. Can Chris and Melissa help fill in the gaps of her memory to prove her innocence? -Reasonable Doubt, Investigation Discovery

Twenty-one years ago a jury found Penny Brummer guilty in the murder of Sarah Gonstead. The family of Brummer has spent those 21 years working to prove her innocence. Dave Delozier reports. -Channel 3000 | News 3 (December 14, 2015)

2003
A short history of exposing misconduct

2013
Innocence project founder promotes cause of Madison woman convicted of murder
Did Homophobia Convict a Wisconsin Woman of Murder?

2017
Penny Brummer convicted of murdering Sarah Gonstead, but is there Reasonable Doubt?