NBC Nightly News with Brian Williams Featured ‘The Other PTSD: Sexual Abuse of Women in the Military’ (May 4, 2007)

The House debates the Joshua Omvig Veterans Suicide Prevention Act, which directs the VA to develop and implement a comprehensive program to reduce the incidence of suicide among veterans. The bill is named for an Iraq veteran who took his own life, and recognizes the special needs of veterans suffering from PTSD and elderly veterans who are at high risk for depression and experience high rates of suicide. -Rep Leonard Boswell (October 23, 2007)

The Number One Problem Combat Vets Will Face is Mental Health (2007):

Paul Sullivan of Veterans for Common Sense tells Armen Keteyian that the No. 1 problem facing vets of Afghanistan and Iraq will be mental health. -CBS News (November 13, 2007)

Eye to Eye with Katie Couric on CBS News: Veterans and Suicide (November 13, 2007)

Veterans Who Get Help at VA Are Still at Risk of Suicide (2008):

CBS News first reported on the staggering number of veteran suicides in a report last year. Now, newly-released data shows that vets who get help from the VA are still at risk. -CBS (March 20, 2008)

Seven Vets Under VA’s Care Died by Suicide in Washington (2008):

They served their country honorably but after risking their life in combat abroad, coping with coming home was too much. In the last three months seven servicemen being treated by Spokane’s VA Hospital have committed suicide. -4 News Now (April 29, 2008)

Despite recent efforts by the Veterans Administration to prevent veteran suicide, seven have committed suicide in the Inland Northwest in the last four months and US Senator Patty Murray is calling the situation unacceptable. -4 News Now (May 1, 2008)

Senator Patty Murray Calls for Changes at the Department of Veterans Affairs in Wake of Suicides (May 1, 2008)

Katie Couric investigates an alarming trend in the U.S. military, as more and more female soldiers have come forward with tales of sexual abuse at the hands of male soldiers and superior officers. -CBS (March 17, 2009)

END_OF_DOCUMENT_TOKEN_TO_BE_REPLACED 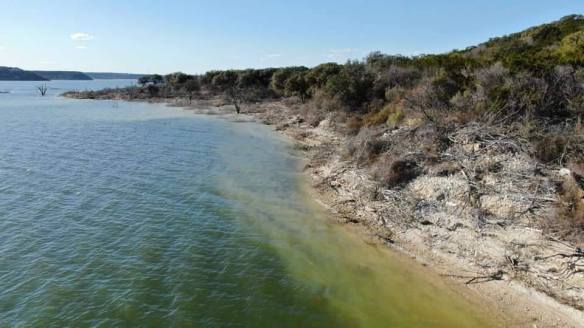 END_OF_DOCUMENT_TOKEN_TO_BE_REPLACED

On June 16, 2017, Fort Hood published a press release indicating the Fort Hood Fire and Rescue teams were unsuccessful in locating Army Spc. Darius Cooper, who was swept away in flooding waters at Clear Creek near Turkey Run Road on Fort Hood just before 6 a.m. on April 11, 2017. The press release informed the public that the Army appointed a board of inquiry (per Army Regulation 638-8, Army Casualty Program, and Department of Defense Instruction 2310.05, Accounting for Missing Persons) to conduct a status determination and ruled that Spc. Cooper was deceased, his official date of death was April 11, 2017. Spc. Cooper, 40, listed San Antonio, Texas as his home of record and he entered active-duty service in June 2008 as a culinary specialist. At the time of his death, Spc. Cooper was assigned to the 2nd Squadron, 3rd Cavalry Regiment at Fort Hood in Texas since June 2016. Spc. Cooper deployed overseas in support of Operation Iraqi Freedom and Operation Enduring Freedom. As of 2019, Spc. Cooper’s body has not been located, therefore he is still missing despite the status of determination ruling.