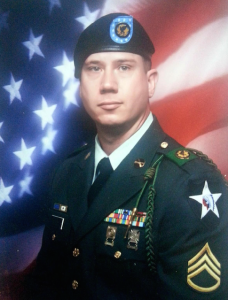 Army Staff Sergeant Anthony Lovell, 40, died of injuries sustained in an apparent motorcycle accident along Nolan Creek in Killeen, Texas on July 3, 2017. According to witnesses, SSG Lovell’s body was found in a mysteriously different location then the motorcycle. But the Killeen Police Department determined SSG Lovell was traveling south on 8th Street and failed to make a turn into a mobile home park in the area. Investigators claim SSG Lovell left the road, hit an embankment, and went airborne. Therefore, this accounted for the separation of the body and the motorcycle. And as a result, the accident caused multiple blunt force injuries.

“The motorcycle accident was around 8 p.m. on July 3. Lovell was going southbound in the 300 block of Eighth Street. Police say he failed to negotiate a turn and left the roadway then went airborne and into Nolan Creek. The soldier suffered a fatal head injury and was pronounced dead at 8:38 p.m.” -Killeen PD

SSG Lovell was a resident of Killeen, Texas; he was stationed at Fort Hood in March 2015 as a cavalry scout assigned to the 1st Battalion, 7th Cavalry Regiment, 1st Brigade Combat Team, 1st Cavalry Division. SSG Lovell joined the Army in September 1997 and deployed twice to Iraq in support of Operation Iraqi Freedom from April 2007 to June 2008 and from September 2009 to August 2010. At the time of the Fort Hood press release, the circumstances surrounding the incident were under investigation by the Killeen Police Department. 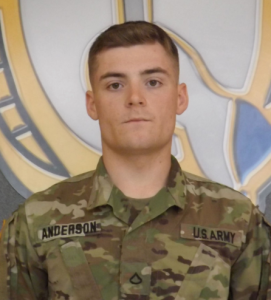 Army Pfc. Randal Anderson, 22, was found dead of an apparent gunshot wound in Killeen, Texas on January 2, 2017. Pfc. Anderson’s home of record is listed as Sutter Creek, California and he joined the Army in February 2015. Pfc. Anderson was an M1 armor crewman assigned to the 2nd Squadron, 7th Cavalry Regiment, 3rd Brigade Combat Team, 1st Cavalry Division at Fort Hood. At the time of reporting the circumstances surrounding the death were being investigated. Although the public has not been updated with the outcome of the investigation, one can only assume that the cause of death was ruled a suicide since there has been no mention of a homicide investigation in the months following.