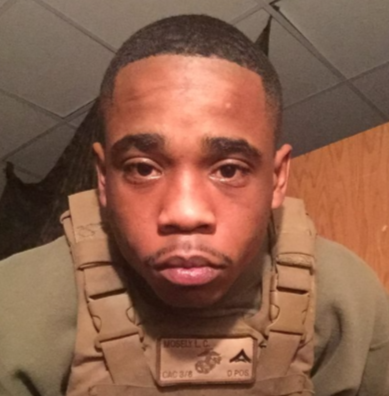 Marine Lyndon Mosley was shot in the face while home on leave in Mississippi on November 29, 2016. Mosley is stationed at Camp LeJeune in North Carolina but he was home on leave visiting a daughter who had just been born. Mosley survived and reports indicate that he is recovering slowly. Jordan Williams turned himself in, admitted to the shooting, and was arrested. Williams was charged with aggravated assault. As of 2019, there was no further information available regarding the prosecution or sentencing of Jordan Williams.

Related Links:
My Loving Marine/Husband! (GoFundMe)
Marine shot in Panola County
Marine shot in the face while home on leave in Mississippi
Arrest made in shooting of Marine
Man arrested, charged with shooting Marine in the face
Man charged with shooting Marine in the head
Panola County marine recovering after being shot in the head
Shooting victim recovering slowly
Breaking Track: 2nd Tanks conduct maintenance