“We are looking at spending over $600,000 of tax payer dollars for $2,000 that was allegedly stolen, most likely over 3-6 years ago, under a program that was deemed to be flawed, mismanaged and inherently opaque by the US Army’s own leadership.” 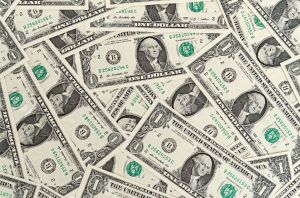 It is true, that our forefathers set out to create a judicial system that blindly judged the accused in a manner that afforded them the opportunity to receive a fair trial, regardless of race, sex, beliefs, political stature or societal standings. However, as shown in the Guard Recruiting Assistance Program (G-RAP) scandal, it appears today’s judicial system is more about your ability to secure good lawyers and your civil status than it is about determining guilt versus innocence.

Most soldiers charged for their participation in G-RAP cannot afford an attorney. They are bullied by Army Criminal Investigative Command (CID) Agents to take polygraphs, provide incomplete statements (which are then used as evidence against them) and to accept a plea for criminal acts they did not commit. Without adequate counsel these service members are given ultimatums or forced to accept deals that leave them powerless. At best they are issued overworked public defenders who place them in a pool of other criminals including rapist, murderers and thieves. Soldiers are pushed to take plea bargains by the prosecution in an effort to give CID a quick victory and take the case off the public defender’s plate. However, this system puts a hefty burden on the soldier regardless of what road they take.

If a soldier decides to fight the case they have a few options. The first option is to use a public defender who will most likely have little time for defending their client. If soldiers pass up a plea deal and take it to trial they risk receiving a harsh sentence if found guilty. Gambling on a trial and using a public defender has huge risks given the complexity of the G-RAP program. This sort of case requires someone specialized, who can grasp the enormity of the case as well as the complexity of what it takes to win a case of this nature. When a soldier gambles and loses, the result is possibly spending years in incarceration, loss of all government benefits and retirement and a future of issues with trying to obtain a job with a criminal background. Undoubtedly, this option costs the soldier potentially hundreds of thousands of dollars.

The second option is to hire a good attorney. A good attorney runs around $500-800/hr. The average case will cost a soldier $30,000-50,000 before it ever even goes to trial. Yes, you read that correctly. Just to receive representation to prepare for trial costs a massive amount of money and they haven’t even made it to trial yet. Because of the complexity of the G-RAP program it takes attorneys hours upon hours to sift through witness statements, understand and learn the G-RAP training manuals, conduct counter interviews, meet with district attorneys and everything else that is needed to prove the soldier’s innocence. To go through trial can cost the soldier upwards of $100,000. In reality, $100,000 is not something a lot of soldiers have laying around since they have most likely been living off government wages for most of their career.

So, what does this mean for the soldier? It means no matter what, if you are charged for your participation under the G-RAP program, you are doomed to pay a large amount of money. No matter what, guilty or not, you will pay. Even if you win your trial you will receive no money back for your legal fees, troubles or lost wages. The idea here is that you are guilty, now it’s up to you to prove yourself innocent.

Because CID has a tendency to slander their victims your name will most likely be dragged through the mud in the process. CID loves to air their dirty laundry on various websites such as armytimes.com, starsandstripes.com and both local and national news sources. However, if you are successful, there is no effort by either CID or the news sources to report on your innocence. Instead, you now have a digital stamp of guilt that exists on internet search engines that will appear to any future employer, friend or colleague who might look you up. This can lead to a future loss of jobs and a lifetime of explanations. Also, many people will assume you are guilty but managed to get off due to some technicality.

So what does all this pain and hardship cost the government?

Well, let’s say you are accused of stealing $2,000 from the US government which is the case in some of the more recent indictments. In order to process a G-RAP case the government put CID agents on orders which costs an estimated $10 million dollars a year. These agents have been on orders for no less than four years which means our taxpayers are spending upwards of $40,000,000. Let’s say, for argument sake, that we have 1,000 soldiers processed criminally for their participation in the program. That would mean the cost to simply investigate each crime is roughly $40,000. Then lets say that soldier goes to trial. The cost for a five-day trial is about another $5,000. This doesn’t include the cost of all the meetings, possibly a public defender or any pre-trials and or appeals. Then let’s say this soldier is convicted and sent to prison for five years. On average it costs around $35,000/year for an inmate in the US, which means total jail time for that soldier is $175,000 to the taxpayers.

But wait, there’s more. Because we are sending a soldier to prison that soldier will have to be replaced by the US military. The average cost to replace a soldier is upwards of $400,000 for non-specialized troops. So now we are looking at spending over $600,000 of tax payer dollars for $2,000 that was allegedly stolen, most likely over 3-6 years ago, under a program that was deemed to be flawed, mismanaged and inherently opaque by the US Army’s own leadership.

In the end, everyone pays because of CID’s and the US Army leadership’s decision to prosecute and slander innocent soldiers.

1 thought on “If You Look at the Dollars, the National Guard Recruiting Assistance Program Investigations Make No Sense (July 12, 2016)”