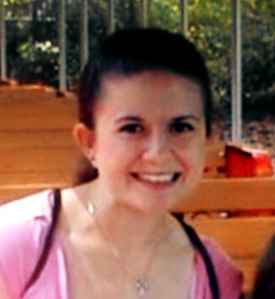 Dateline featured ‘Prairie Confidential’ on August 13, 2018. It was a 2015 homicide case out of Minot, North Dakota. Nursing student and mom of three Angila Wilder didn’t show up for an important exam at school and her professor knew something was wrong. Angila was discovered stabbed to death in her bedroom in her North Dakota home. The crime appeared personal so the police started their investigation with Angila’s boyfriend and ex-husband. When Angila’s boyfriend Chris Jackson was interviewed, he pointed the finger at her ex-husband Richie Wilder, Jr. Angila met Richie in high school and soon after they married, they had a couple children together. Richie joined the Air Force and was stationed at Minot Air Force Base in North Dakota. But during their time there, things went awry with the marriage. Richie was court-martialed and convicted of domestic abuse. As a result, he was discharged from the Air Force and soon divorce followed. Richie remarried Cynthia, a kindergarten teacher, and they had a child together. Angila also moved on with Chris Jackson and they too had a child together. Angila was pregnant at the time of her murder.

Investigators found Angila’s blood in Richie’s car and Richie’s DNA was found under Angila’s fingernails. As a result, Richie Wilder was charged with murder and ordered to pre-trial confinement on a 2 million dollar bond. After a couple days in jail, Richie came forward with a “confession.” Richie told police he and Chris learned Angela was cheating on Chris and they hoped to catch her in the act so they could then have custody of their children. Richie said he picked up Chris at his place of employment, drove to Angila’s home, killed her together (an attempt to minimize his involvement yet explain DNA), and then dropped Chris back off at Wal-Mart. But the police looked at the video at Wal-Mart and it blew Richie’s “confession” out of the water. Chris was at work all night and never left the property. In December 2016, Richie Wilder Jr. was convicted of Angila’s murder and sentenced to life in prison without parole. In May 2018, Cynthia Wilder took an Alford plea hoping the judge would go lenient on her but she was sentenced to life in prison without parole for conspiracy to commit murder. In the course of the investigation, police learned Cynthia and Richie Wilder planned Angila’s murder for two years.

Trailer: A murder case considered closed by North Dakota detectives is suddenly reopened when a confidential informant comes forward with a tip about an unlikely suspect. -Dateline NBC (S26,E51)