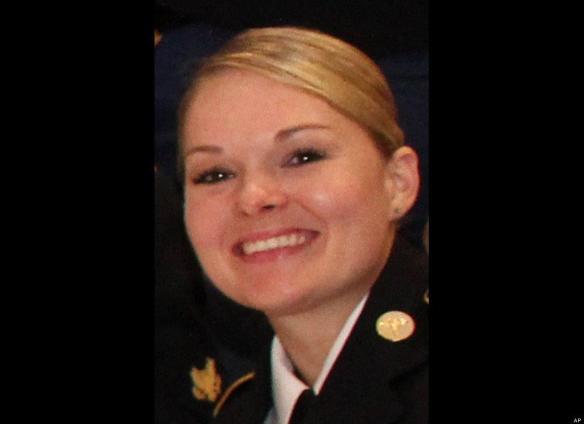 The cold case of missing US Army soldier Kelli Bordeaux was featured on Investigation Discovery‘s show Swamp Murders (“Murder of the Medic”). Kelli was stationed at Fort Bragg in North Carolina when she disappeared in 2012. The Army contacted the local Fayetteville Police Department and asked them to check on her in her off-base housing because she didn’t show up for work. She was considered Absent Without Leave (AWOL) which is an arrestable offense in the military. She was not located at her home and eventually considered a missing persons case. Her family, friends, and volunteers searched tirelessly for her around the Fayetteville area. Detectives continued their investigation while private investigator David Marshburn began conducting his own investigation. After a lengthy investigation by both the Fayetteville detectives and Marshburn, it was determined that she was murdered by Nick Holbert.

Nick was supposed to give Kelli a ride home the night she went missing and was the last person to see her alive. Holbert was also a convicted sex offender listed on the sex offender registry and out on probation. As a result Holbert was a suspect in the case from the very beginning but the case stalled because the detectives didn’t have any evidence. Although Holbert was arrested and jailed for not keeping his address up to date on the sex offender registry while detectives continued to dig for evidence. Eventually they had to let him out. A couple years later in 2014, Nick finally admitted to David Marshburn that he killed Kelli. He shared that he made a sexual advance towards her and she rejected him which made him angry. She walked away. So he then struck her from behind and beat her to death. He buried her in a shallow grave behind the Froggy Bottoms in a marshy area. Thanks to the persistence of the local Fayetteville investigators and David Marshburn, Kelli’s body was found and the case was solved. Nicholas Michael Holbert was sentenced to life in prison without parole and signed away his right to appeal the sentence.

A new photo of Kelli Bordeaux, taken just hours before she disappeared, is released. -HLN (April 26, 2012)

The remains of a Fort Bragg soldier who had been missing for more than two years were found Wednesday. WESH 2 News (May 14, 2014)

Olivia Cox and Matt Henson share what they miss most about their “fearless” younger sister and how they are keeping her memory alive. -48 Hours (October 22, 2015)

David Marshburn, a bounty hunter-turned-P.I., tells “48 Hours” correspondent Troy Roberts about his mission and how he became involved in the search for Kelli Bordeaux, a missing Fort Bragg combat medic. -48 Hours (October 23, 2015)

Gilbert Baez was the only person to interview Nick Holbert before his arrest for the murder of the Fort Bragg soldier. Baez explains how he got the interview and what Holbert had to say. -48 Hours (October 24, 2015)

A week before she disappeared, Kelli Bordeaux and Justin Thompson went to Froggy Bottoms bar in Fayetteville, N.C. Thompson shares his first impressions of Holbert and why he was worried about Kelli the night she vanished. -48 Hours (October 24, 2015)

Matt Henson and Olivia Cox tell “48 Hours” why they immediately suspected Nick Holbert had hurt their sister and what it was like to come face to face with him. -48 Hours (October 24, 2015)

While her husband is away, a vivacious Army Medic enjoys a night out at a dive bar near Fort Bragg, NC. But she never makes it home. And though dogs pick up her scent in a nearby swamp, her fate baffles police. Until a local PI takes up the case. -Murder of the Medic, Swamp Murders (September 30, 2015)