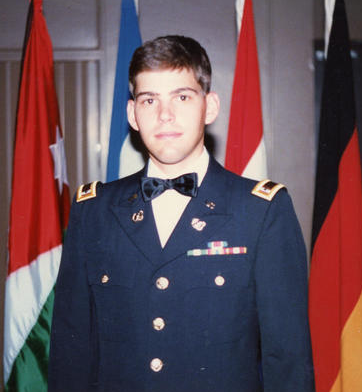 After “48 Hours” correspondent Erin Moriarty tracks down the accused killer of a decorated military pilot in Brazil, the woman is extradited to the United States . Will the pilot’s family get justice?

To get justice for his death, Karl Hoerig’s family in the United States must first navigate the Brazilian criminal justice system, which may keep his suspected murderer from facing extradition. -48 Hours

Rep. Tim Ryan (D-Ohio, 13th District) has appealed to three U.S. Presidents to try and help Major Karl Hoerig’s family get justice for the U.S. Air Force veteran’s murder. “48 Hours” Erin Moriarty talks to the congressman about his push to have Claudia Hoerig extradited to the United States to stand trial. -48 Hours

The family of a murdered military hero is embroiled in an international fight for justice. Karl Hoerig was killed in his Ohio home in March 2007. His family immediately suspected his wife, Claudia, but she boarded a flight to her native Brazil hours after her husband’s death. U.S. investigators charged Claudia with murder, but more than 10 years later, the Hoerig family is still seeking justice. Erin Moriarty, who traveled to Brazil to track down Claudia, joins “CBS This Morning” to preview her “48 Hours” report.