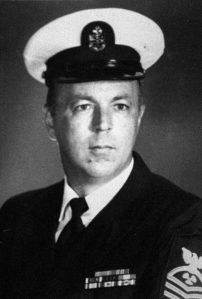 Norma Small was arrested in May 2001 and then charged with murder for the shooting death of her husband US Navy Chief Petty Officer Sonny Grotton, at his home in Belfast, Maine on December 16, 1983. She was accused of hiring someone for $10,000 to murder him, convicted, and sentenced to 60 years in prison. Norma felt Sonny was worth more dead than alive. Investigators believed the crime was financially motivated. If Sonny died, Norma would get a death benefit from the Navy, the real estate that she owned with Sonny, and she received a monthly payment from the VA that over 15 or 17 years had amounted to almost $100,000.

A tattooed NCIS agent with a black belt goes undercover to find the killer of a Navy petty officer — can he get what he needs without getting caught? Watch Tuesday, June 13 at 10 p.m. ET/PT on CBS. -48 Hours