On June 3, 2015, Ashley Melnyczok was found stabbed to death in her Colorado Springs, Colorado apartment. She had been stabbed four times, twice in the neck and twice in the back; the killer also put a plastic bag over her head causing suffocation. Ashley was discovered by her friend who was initially considered a suspect but he was quickly ruled out. With no known suspects, detectives started doing a victimology to learn more about Ashley and her life. They learned that Ashely had a rocky relationship with the father of her daughter, Jason Connor, and had lost custody as a result of the tumultuous relationship. But Ashley was determined to get custody of her daughter and began to make positive changes to improve her life. She got a new waitressing job, a new apartment, and was determined to fight off depression in an effort to provide stability for her daughter. Jason was also ruled out as a suspect.

When investigators looked into Ashley’s criminal history, they found multiple domestic violence incidents and a pending domestic violence case against Joseph Kimsey. Kimsey, 23, was an Army soldier stationed at Fort Carson and according to Army leadership was nowhere to be found and considered Absent without Leave (AWOL). In the course of the investigation, investigators also learned that Ashley’s car was missing so they were on the hunt for it. And eventually, two individuals were pulled over in the stolen car. When police asked where they got the car, the pair claimed that Jonathon “JP” Nelson gave it to them. This was the same person a witness said answered Ashley’s door on June 1st. According to records, JP Nelson was dishonorably discharged from the Army a couple years earlier and had a pending criminal case; he was accused of hitting a female in the back of the head with a sledgehammer. JP was apprehended and arrested by police after trying to make entry into Ashley’s apartment with a large duffel bag.

While JP Nelson was in county jail, an inmate contacted detectives to inform them JP had confessed to the murder and said he didn’t do it alone. They knew the inmate was being truthful because he revealed a detail about the homicide that had been kept from the press. When pressed for a name, he could only provide them with a nickname “Pony Boy” so police set out to find out who Pony Boy was. About a month after the homicide, Ashley’s ex-boyfriend Joseph Kimsey was arrested for failure to appear in court. When interviewed, police learned that Kimsey was Pony Boy and that Nelson and Kimsey served in the Army together at Fort Carson. They were also both in county jail at the same time. JP Nelson bonded out on May 1st but he continued to stay in contact with Kimsey who was still in jail. The two of them initially schemed to rob Ashley to get money for Kimsey’s bond but Ashley didn’t take the bait.

Kimsey was released from county jail on June 1st. He made contact with Ashley and she agreed to meet with him at her new apartment, but he didn’t go alone. Once inside, Kimsey and JP Nelson demanded that Ashley open her safe but she refused so the pair attacked her. Ashley fought hard for her life and as a result it took two of them to kill her. The prosecution theorized that the bag was put over her head to keep her quiet. Both Jonathon Nelson and Joseph Kimsey were charged with first degree murder. A fingerprint in Ashley’s blood tied Jonathon Nelson directly to the murder. Investigators ascertained that JP returned to Ashley’s apartment two days later to dismember and dispose of Ashley’s body, instead he was spotted and arrested. In 2017, both Jonathon Nelson and Joseph Kimsey were found guilty of first degree murder and sentenced to life in prison without parole. 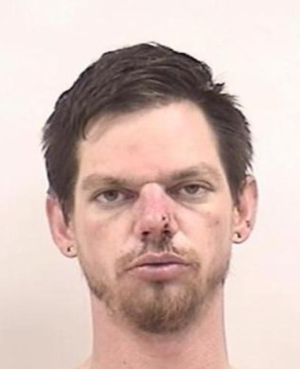 ID Go: 27 year-old Ashley Melnyczok is a single mother. Her daughter is her life’s joy. In June 2015, Ashley is murdered in her Colorado Springs home. While hunting for clues, police hunt down a cast of dangerous characters and uncover a heinous plot. -Murder Behind Closed Doors, Grave Mysteries (S2,E3)