It is believed that Willie Abner Brown committed 12 sexual assaults in the Jacksonville, North Carolina area, five of them were Marine spouses. After the similarities in reports were observed, the Jacksonville Police Department created a Task Force with Camp Lejeune and Naval Criminal Investigation Services (NCIS) because they felt the cases were connected. The Marine Corps leadership at Camp Lejeune were very concerned that there was a serial rapist on the loose because five different military spouses reported being attacked, four were attacked while their husband’s were deployed. The attacker also stole money and debit and credit cards from his victims. Investigators were able to identify Willie Brown via video surveillance while he was using one of the victim’s credit cards at a local convenience store. They learned Brown was a janitor at Camp Lejeune.

The police picked Brown up for a traffic violation and brought him to the station for fraudulent use of one of the victim’s credit cards. The Jacksonville Police Department knew exactly who Willie Brown was because of his long rap sheet. They could prove the theft but they wanted to prove the multiple rapes so they set up a war room to gather and collect information that would help them substantiate that Willie Brown was involved in the sexual assaults as well. They interviewed every victim they could to get a better understanding of the modus operandi of the serial attacker. Investigators also searched Brown’s house and his girlfriend’s house and found items that connected Willie to the victims and the weapon they believe was used in one of the attacks. The victim’s were relieved Willie was finally caught and couldn’t harm anyone else. 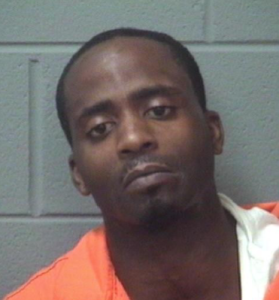 The prosecutor was only able to prove that Willie was connected to four of the twelve sexual assaults. DNA evidence specifically connected Willie Brown to some of the victims. During trial, Willie Brown took the stand to defend himself and he maintained his innocence. He admitted to the robbery but not the sexual assaults. And he told the jury he was sexually assaulted as a child and couldn’t physically carry out the attacks. After a day of deliberation, the jury found Willie Brown guilty on March 13, 2014 of multiple felony charges including rape. He was also convicted of assaulting one of the victims with a deadly weapon. Willie Brown was sentenced to prison for 410 years. “You have to fight for your story, you have to fight for your word.” One of the victims said even if they can’t do anything with your case, you should still report it because someday someone else will report and the cases will be connected.