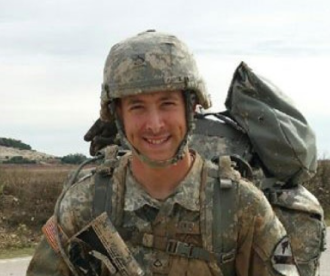 Army Spc. Zackary Partin, 24, was found dead in his Fort Hood, Texas barracks room on January 12, 2017. Spc. Partin’s home of record was listed as Oakwood, Illinois and he joined the Army in November 2012. Spc. Partin was a radio operator assigned to the Headquarters Battalion, 1st Sustainment Brigade, 1st Cavalry Division at Fort Hood. Zackary’s death is under investigation by the Army Criminal Investigation Division (CID). Per the Fort Hood Press Center, the point of contact for the investigation is Chris Grey, Chief of Public Affairs, USA Criminal Investigation Command (CID), Quantico, VA. Grey’s email is christopher.p.grey.civ@mail.mil. The circumstances surrounding Zackary’s death and official cause of death are unknown.

Vicki Partin said the last time she saw her son was when he came home for a couple weeks over the Christmas holiday. She was shocked when two Army officers showed up at her door at 10 p.m. Jan. 12 to tell her he had died. “Everybody is heartbroken…He was so looking forward to getting out in May. He wanted to join the Naval Reserves, and he wanted to become a full-time firefighter.” –The News-Gazette

1 thought on “Army Spc. Zackary Partin Found Dead in Barracks at Fort Hood in Texas; Had Plans to Discharge in a Few Months & Become Full-Time Firefighter (2017)”