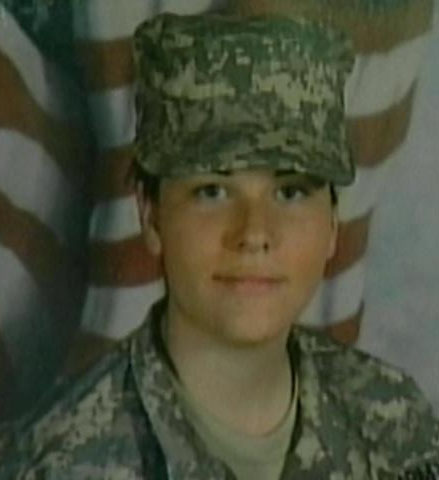 Army soldier Ashley Barnes-Lambert, 18, was murdered by her husband, Khaleefa Lambert, also an Army soldier, on March 7, 2009. Ashley was home on leave from Afghanistan and was in the process of filing for divorce. Lambert drove up from Fort Campbell, Kentucky, kidnapped Ashley at knife point from her hotel room in Clarksville, Tennessee, and stabbed her to death in the parking lot of the hotel. The State of Tennessee sought the death penalty in this case but Lambert’s attorneys filed a motion to dismiss the death penalty notice. Lambert was charged with two counts of aggravated kidnapping and two counts of first degree/felony murder. A jury found Khaleefa Lambert guilty and he was given a life sentence in prison with eligibility for parole.