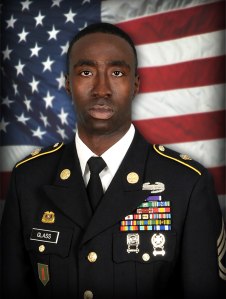 Army SFC Antino Glass, 34, died on his way home from training duties on June 5, 2016 when his motorcycle struck livestock on Fort Hood in Texas. SFC Glass’ home of record is listed as New Orleans, Louisiana. He enlisted in the Army in 2002 and served with the 2nd Battalion, 291st Infantry Regiment at Fort Hood since 2015. He deployed twice to Iraq and once to Afghanistan. SFC Glass earned the Purple Heart Medal, five Army Commendation Medals, the Combat Action Badge and the Driver and Mechanic Badge with Wheeled Vehicle Bar, and other honors and decorations.