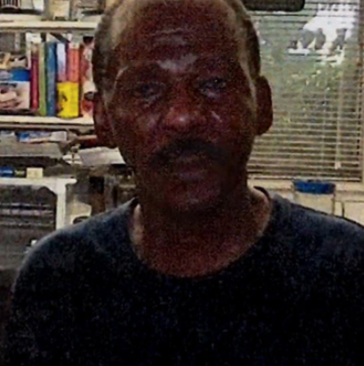 Army Vietnam veteran Samuel Wiggins, Jr., 63, was found dead in Diamond Bar, California on May 29, 2011 after police found his body parts in a trash can. Carmen Montelongo (Montenegro) was caught red-handed by the police wheeling around a trash can with Samuel’s remains. Samuel met Carmen a couple years earlier. The family shared that Samuel waited 60 years for the right woman and Carmen would be the biggest mistake of his life. He was good to her from the beginning even offering to pay for her daughter’s college and a vehicle. Carmen started stealing from him immediately, taking little things. Samuel noticed but Carmen became angry when Samuel accused her. This was their first fight so Samuel forgave her and they continued the affair. And eventually Samuel asked Carmen to marry him. But Carmen continued to steal from him. Samuel caught her again and this time he finally had enough; he ended the relationship.

Samuel was last seen by relatives on May 1, 2011. The family became concerned and his nephew went looking for him at his house. Samuel’s nephew witnessed fine blood spray on the walls and doors of his home. Carmen had to think fast because she knew the police were going to be notified. Carmen panicked and started digging up Samuel’s remains in the backyard so she could move the body. Carmen was putting Samuel’s body parts in a trash can when some of her family members showed up to the house unannounced. She began offering to pay them to help her move the garbage bags. In the course of moving the garbage bags from the garden to the trash can, one of the bags came open and her family saw a body part. They refused to help, left, and called the police. When the police showed up, they found Carmen wheeling a trash can down the road and the stink of death was following her.

Court testimony revealed that Carmen snapped after Samuel decided to end the relationship and stabbed him to death. An autopsy revealed that Samuel was fatally stabbed twice in the chest and then Carmen stabbed him 22 more times in the back post mortem. Carmen had to get rid of the body so she dismembered Samuel with a chainsaw. She cut off his head, arms, and legs. She buried his head and arms in potted plants and buried the rest of his body (torso and legs) in the garden in the backyard. She gave the potted plants as a gift to her cousin. Then she immediately drained Samuel’s bank accounts and made it look like he was alive for over a month. The District Attorney declared that the motive for murder was financial gain. Carmen Montelongo was found guilty of first degree murder and sentenced to 26 years to life in prison.

A mysterious disappearance leads police to a woman pushing a trash can full of body parts down the street. -Carmen Montelongo, Snapped (S16, E4)