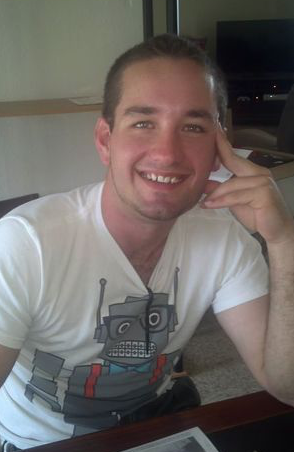 Fort Hood Army soldier Thomas Chestnut, 28, was freed from a Kansas military prison on December 23, 2016 after an appellate court overturned a guilty verdict on December 14, 2016. The Army Court of Criminal Appeals overturned the conviction finding evidence in the case as “factually insufficient.” The case stems from an accusation by a third party of a sexual assault of a man in August 2012 at Fort Sam Houston near San Antonio, Texas. Chestnut was charged and found guilty by a military jury on one count of sexual assault and found not guilty of one specification of assault consummated by a battery. Chestnut testified that the encounter with the other soldier was consensual and the third party was trying to deflect attention from himself. Chestnut was sentenced on July 2, 2014 to three years in prison at Fort Leavenworth, a reduction in rank to private, and forfeiture of all pay. After Thomas Chestnut was exonerated, he was entitled to back pay and an honorable discharge from the military when he completed his time in service. Thomas was honorably discharged from the Army in January 2017 but had not yet been able to get his back pay. Thomas shared his thoughts on his wrongful conviction and his two and a half year imprisonment in mostly solitary confinement for a crime he didn’t commit.

“How could I respect the authority of such a corrupt system and such a corrupt institution? Not after what they did to me, to us, as I am not alone in this you see. Hundreds of my fellow veterans have also been falsely accused and forced into prison. Obviously, the military leadership lacks the maturity and ethics to handle sexual assault cases in a balanced adult way. They should not have authority in these matters.” via Save Our Heroes

Thomas Chestnut spent 2 1/2 years in prison where he was placed in solitary confinement and allegedly abused by prison guards. Thomas admits the prejudiced military justice system, corruption, and prison experience traumatized him. He most likely suffers from a form of institutional abuse. In December 2016, the appeals court overturned his conviction, he was cleared of all charges, released from prison, and promised back pay. Thomas stated: “I have nothing. No place of my own, no car, and little money. The Army has no plan for someone with a case overturned, so I’ve been more or less thrown out on the street.” Thomas Chestnut most likely has Post Traumatic Stress Disorder after the betrayal by the military justice system and the abuse he endured in prison marked as a man who rapes other men. In February 2017, Chestnut attempted to get his back pay from the Army as he had nothing, no job, no place to live, no means to take care of himself. The Army didn’t help him or give him the answers he deserved when it came to his backpay.

At this point, Thomas most likely had a post traumatic stress meltdown simply from having to deal with the same institution that wrongfully convicted him of a crime. After he didn’t get the answers he deserved regarding his back pay, he got angry and threatened to harm individuals at Fort Hood. As a result, Chestnut was arrested by FBI agents and charged with making threats to kill individuals at Fort Hood. Thomas has been in federal custody ever since he made the threats and now the life that he may have had a second chance at was taken away from him again. Obviously, Thomas shouldn’t have threatened to kill individuals at Ft Hood but the backpay issue and the fact he has PTSD should have been a mitigating factor in this case. For example, the state of destitution he was in and his legitimate need for money to sustain and take care of himself most likely triggered his post traumatic stress symptoms. He was desperate and the Army’s indifference and stonewalling most likely caused an already emotionally fragile man to disassociate and lash out. If he was within the state’s jurisdiction, chances are he would have access to a veteran’s court that would fight to give him another chance. Instead, Thomas Chestnut is in federal prison for 18 months for one threatening phone call.